After a very soggy and miserable week with the weather The Originals penultimate game of the Covid Campaign was at Stanton Harcourt, a ground never visited and club never confronted by the Mighty Gibbon. Despite skipper J Leno giving solid directions a number of the match day squad did end up in the building site close by instead of the ground, whilst the rest were late due to making their lunch, or having to stop en-route to buy it lunch…..Standard!

With copious amount of precipitation falling during the week the wicket was on the soft to jelly side, outfield very green and a chill in the air. If a day for cricket at all, it was one for the bowlers. An important toss to win: coin goes up, J Leno calls tails, lost, T*@t! The Gibbons are sent to get their pads on.

It was at this point that Skipper announces he slept funny and had seriously damaged his shoulder. Funny how he always sleeps funny the night before our game, which is the day before his appearance with his ‘friends’ in the OCA League Representative Game? Also, categorically nothing to do with his batting average standing in triple figures and the wicket looking like a paddy field! The team was far from amused.  Nevertheless, the energy was emitting from Borsky and Spud joined him to face up to the tricky conditions first.

Stanton bowled well to exploit the conditions. The experienced Walker and midweek transfer, Ayris, from Hanborough (who scratched their game?) putting the ball in exactly the right places and letting the pitch do the rest.

The Gibbon top and middle order, initially dispirited by damp then stunned by the skipper’s abdication, did not hang around. Walker ripping through both openers first (though Honour ground away for 26 balls). Vice Captain Stuart at three and Guns Leno at four were quickly followed by Noddy Rodnight who under instructions from the Skipper (on the boundary) to steady the ship, promptly capsized it, skying his 7th ball to be caught in the deep.  Vikram in at six was back in the hutch with his team mates 5 balls later. Marsh became perilously close to beating the lowest Club score ever when Crouchy went for a first baller and the score stood at 21-7 in just 12 overs. That record had stood for 28 years stretching back to Freeland when only 32 was scored.

With the Skipper having now run out of places to hide himself in the batting, he dragged his sorry injured carcass to the middle and was joined by debutant Grant Cross. The opposition adjudged his style to be that of someone who has never batted before as opposed to someone with over two thousand OCA runs to his name.

With the impressive Stanton opening bowlers allotted overs coming to an end, Ayris (8-1-17-1) and Walker finishing with an excellent 8-2-9-6, it was down to J Leno and Grant to get Marsh beyond the worst ever scores in the Clubs history and perhaps to a less laughable total. Simply put, they did it. The recovery from Skipper and Grant beat the best ever 8th wicket partnership for the club with 87. That beat the previous record of 61 set by Richard Cross and Nick Tyler, also from back in the 90’s. J Leno picked the gaps with boundaries and Grant ‘The Crab’ Cross went for a more direct approach, including one maximum which smashed straight through the sight screen!

The Crab played one big shot too many and was caught for a gallant 21, unfortunately Jacob and Chairman Kyle were unable to trouble the scorers too much both being caught for 1 and 0 respectively. Leaving Skipper high, dry and remarkably improved on 46. A final target set of 115. Quite a remarkable recovery considering it was achieved by a cripple and debutant!

Perhaps Skipper’s injury had come from whisking air into his wonderful Teatime cake? The boys were prepared for the challenge of keeping Stanton’s score to below 115, a tough ask on a drying pitch.

Chairman Kyle and Crouch opened up, with Crouch coming uphill into the breeze: good job his fitness levels are so robust. The pair bowled tight conceding only 12 in the first 7 overs, and critically bagging openers Epps (Caught at Slip by Cross off Cello) and Graham (LBW to Needham, or Leggy-B according to DJ Dave!).

The two bowlers went through their 8 overs each with Crouch snapping up Wastie leg before and Needham clean bowling Pascoe, who was looking to smash anything sent down. As the pair finished the Stanton score was on 45-4 from 16 overs. Skipper turned to brother Tom and leggy Pandit to mix it up as wickets could not dry up if this game was to be fully resurrected.

However, Stanton moved slowly to 63-4 off 22 overs and the halfway mark was passed. Only 52 required at less than 3 an over. Stanton’s Ayris had settled and having seen off Kyle and Cello and it was looking ominous for MGCC until he belted T Leno to cover where Skipper Leno took a sharp catch diving to his left…cue ‘ouch my shoulder’!

At the other end Vik-ar was causing the batters a world of problems with some sharp turn. With wickets being key, Skipper had a very attacking field and men crowded around the bat. Unfortunately for Joe, he had put himself right in the firing line and was being peppered by Appleyard who found the ample barrier unmissable at such close range….much to the delight of the uninjured MGCC players!

Stanton sought to attack the slow turn of Pandit and found it much harder than it appeared from the fence. The result was Appleyard and R. Wastie both caught (by J-Leon and Vik himself), before Pandit clean bowled Jeffreys and Lighting Leonard whipped away Walker’s bails to leave him airborne and de-bailed.

The Vik-ar had turned the game to The Gibbons’ with 4 for 16 in his 8 overs, including the decimating 4 over spell in the middle where he took 4 wickets for just 2 runs.

With only one wicket left to get and still 30 required by Stanton, Joe turned to the experienced Craby Cross and Will ‘Noddy’ Rodnight to polish up the Stanton tail. Not all went according to plan, Noddy’s first over looked slightly suspect with whispers that he was suffering with ‘the yips’. Not to worry, he finally got one right and Pascoe ended up sky-ing one into the breeze that was gratefully grabbed by Skipper to settle the victory for The Gibbon by 21 runs.

There cannot be many victories when the opposition’s opening bowler returned figures of 6 wickets for just 9 runs, but a stalwart response from Skipper and The G-Man opened the door, which the Marsh bowlers merrily kicked down. Just shows what a bit of battle and fighting spirit can bring.

The boys look forward to following their Skipper as he leads from the front next week in the last game of the season against Trophy chasing Oxenford, at The Recreation Ground, Gibbon. 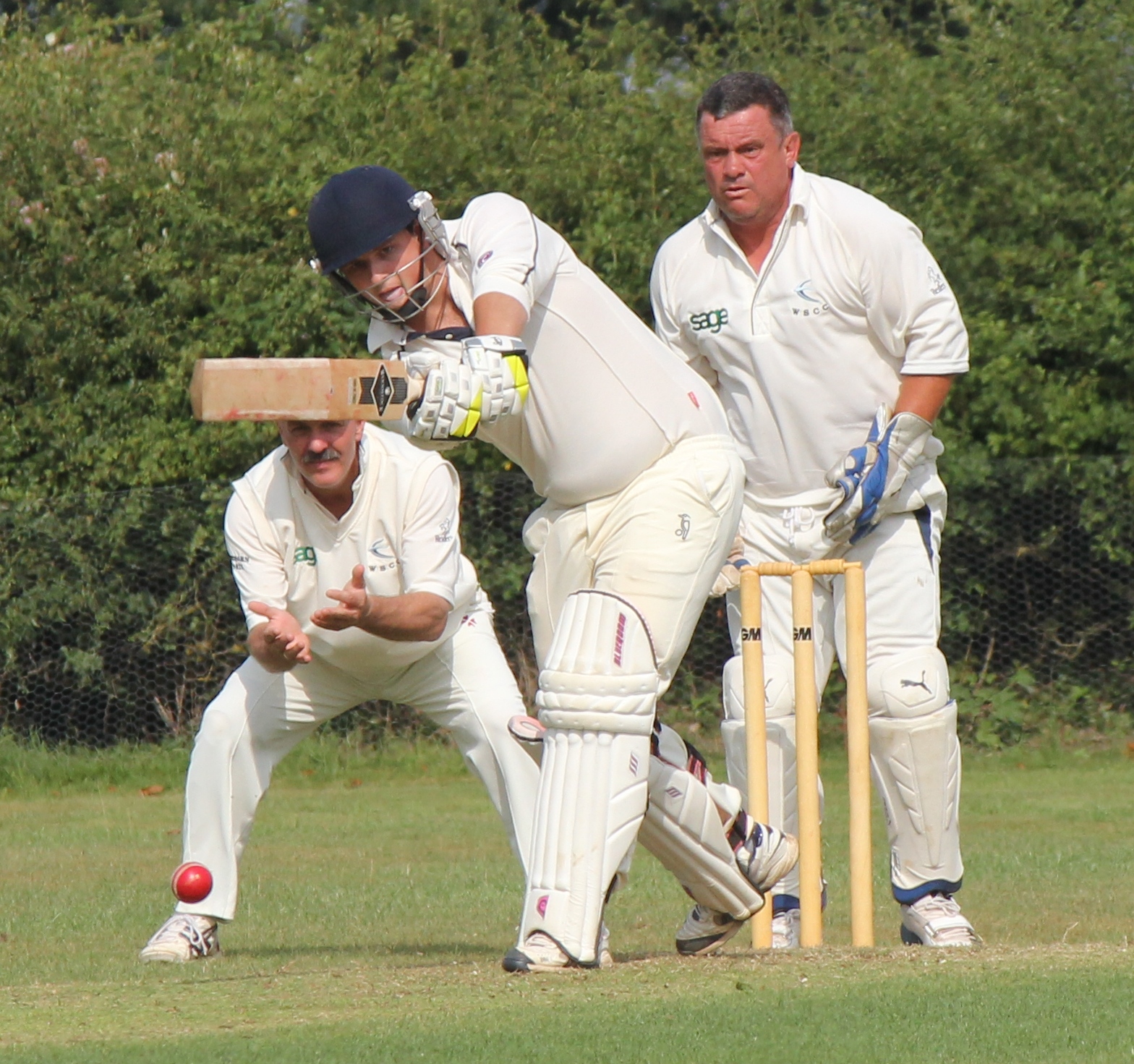 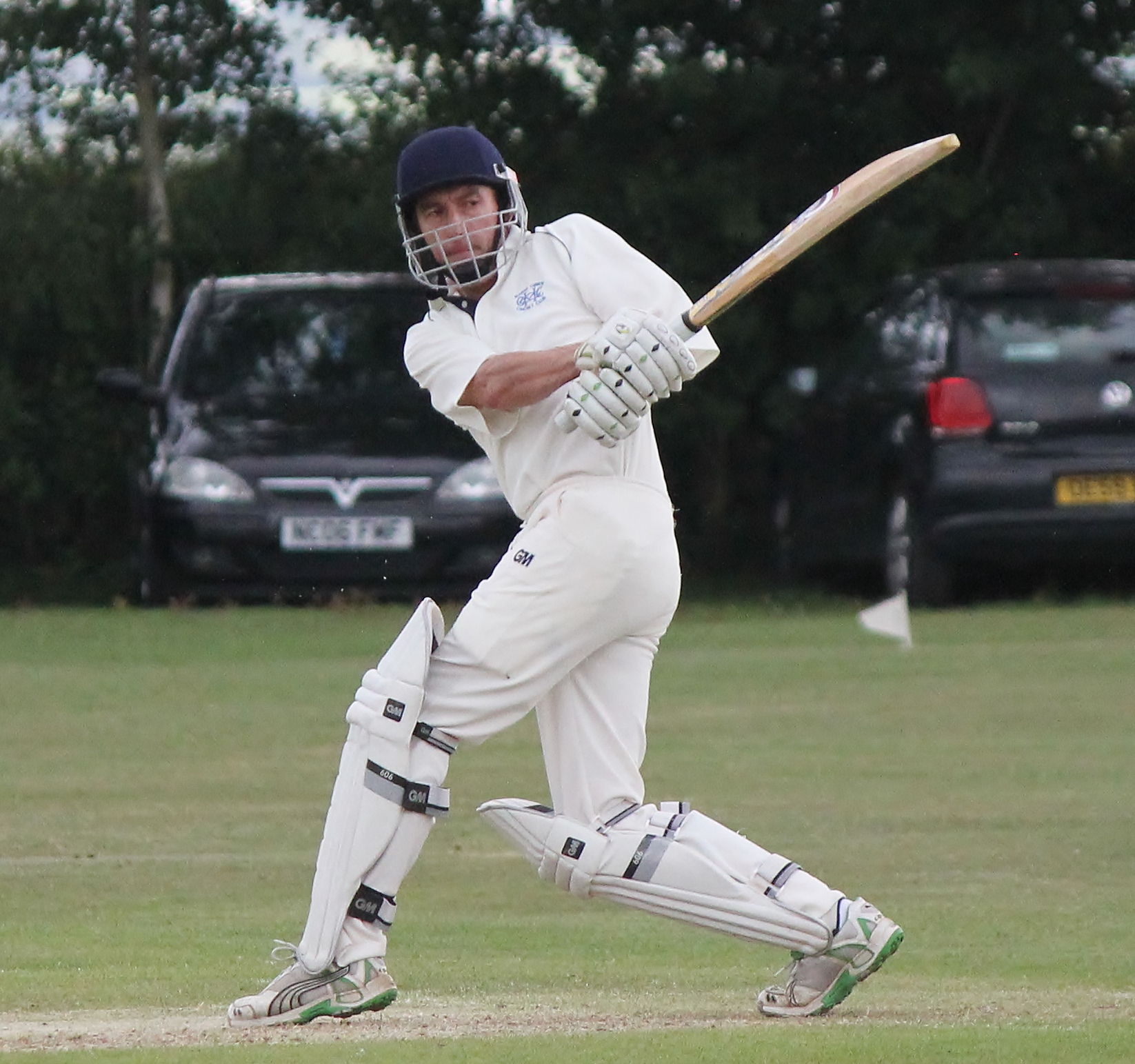